Do You Need A New Roof? Having a roof over our heads is vital, both literally and figuratively! While it’s seldom something we ever take notice of, there is no doubt that if your roof begins to encounter issues and no longer keeps the elements out then you are in big trouble. Realising the issue as early as possible is the key to minimising the financial burden of roof damage, but how do you know you may need a new roof?

If in doubt then it’s best to get in touch with an expert. If you’re based in the South West then a roofing company in Bath will be your best option to assess your roof’s condition.

Before you even venture to investigate your roof further you can get an early picture of when your home may require a roof replacement. Typically a roof will need to be replaced after around 20-25 years, although there will be numerous additional factors that play into this.

If you live in a wetter, colder area then you will likely need a replacement sooner than someone who lives in a typical warmer climate. Those living in rural areas will also find themselves requiring roofing attention more quickly than those living in more developed urban areas like city centres.

When viewed from a distance the view of your home should tell you plenty. Try to assess the profil from the longer side, where the roof’s profile is fully apparent. A roof in need of immediate attention will have a clear sag in the middle of the roofline.

The more bowed the roof appears then the more urgent your case will likely be. At a certain point your roof could be in danger of collapsing.

All roofs will have some level of organic growth on them. However the presence of excessive moss, mould and anything else that can healthy grow on your roof is an early warning sign of an issue.

In order to grow plants need moisture, and when rain hits your roof it should be draining into the gutters and away. The more build up you see then then higher likelihood that your roof has crevices and flat spots where water is no longer draining correctly.

Damaged Flashing Around Chimney or Vents

The flashing surrounding chimneys and vents prevents water trickling through the natural gaps between these and the actual roof. While this can be easily replaced if noticed early, once water has entered the roof below the tiles and lining then rot and mould can quickly set in spread.

Mortar On The Ground

The occasional bit of mortar on the ground is only natural. However if you are noticing consistent presence of chunks of mortar in the surrounding ground then it’s likely that the very glue that holds your external roof’s components together is breaking apart.

While no longer best practice for roofers, many older homes use mortar as a means to hold in roof tiles. This means as the elements naturally wear them away that the tiles can become displaced, allowing moisture to enter, be trapped or tiles to fall from your roof all together.

A rotting fascia is not a sign alone of a roof in need or repair, however when coupled with sagging in the roofline and other red flags it can be a sign that moisture is finding its way beyond the roofline.

Mould On Your Ceiling

Commonly the first sign for most homeowners of a decaying roof is the presence of mould on the ceiling. It’s important to not jump to conclusions based on this alone however, as you will likely know there can be other causes for dampness. Even drying washing inside can lead to trapped moisture which needs to escape to prevent mould, so corroborate your suspicions with an external check next.

Light Peeking Through Your Loft

Opening your loft hatch should generally greet you with complete darkness even in the middle of the day. If you suspect that parts of your roof have been displaced then leaking light into your loft can be a sure fire sign that the rain may easily be able to enter your home.

Before even mould sets into your ceiling an early warning sign can be the bubbling of paint in the same area. This will also be more prevalent if you’ve experienced a great volume of rain through a recent leak, as mould has not yet had the chance to form but water has managed to work it’s way between the paint layers. 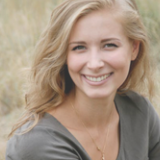